Guanajuato, at an altitude of 6,600 ft (2,000 m), is a unique city situated in the Caada de Marfil (ivory ravine), a precipitous valley encircled by barren hills. It has very narrow, winding and steep cobblestone streets. The difficult topology has even forced other streets to be built underground. Founded by the Spanish in the early 16th century, Guanajuato became the world's leading silver-extraction centre in the 18th century. This past can be seen in the 'Boca del Inferno', a mineshaft that plunges a breathtaking 600 m. The town's fine Baroque and neoclassical buildings (among which some of the most beautiful churches in Mexico) resulting from the prosperity of the mines, have influenced buildings throughout central Mexico. The city played a key role in the wars and revolutions that racked Mexico in the 19th and early 20th century. It is now a very lively college town with fine restaurants, accomodations, and museums. The historic town and adjacent mines are a UNESCO World Heritage Site. 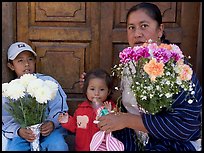 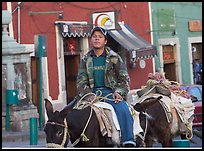 All text and photos © QT Luong. See conditions for use of images.
All the 144 color pictures of Guanajuato are on this page