Kobuk Valley National Park is located in Northwestern Artic Alaska, entirely above the Artic Circle, at the northern limit of the Boreal forest. Delimited by the Warring Mountains in the South and the Baird Mountains in the North, it is the centerpiece of a vast ecosystem, of which the most visible inhabitants are the caribou of the Western Artic herd. This herd, which includes more than 400000 caribou, migrate annually between their winter breeding grounds, south of the Warring Mountains, and their summer calving grounds, north of the Baird Mountains. It is an impressive sight to witness them swimming across the Kobuk River, a journey that has been for ages central to the lifestyle of the Inupiaq eskimos, who hunt for subsistence the caribou along the river. In this most isolated place, the least visited of the US National Parks, they are the only other humans you are likely to see. An unexpected feature of the park are its vast and actively moving sand dunes, where in summer the temperature can climb above the 100s F. A rarity in the Artic, they are a relic of the last ice age, when glaciers deposited sand there.

With no roads in the park or even within hundreds of miles of it, the prefered way of exploring it is by paddling the Kobuk River, wide and placid. Lanchi and I flew from Kotzebue, the largest eskimo community in Alaska, to the small eskimo village of Ambler with our inflatable canoe, and then took off from the eskimo village of Kiana, about a hundred miles downriver. See also the pictures of floating the Kobuk River. 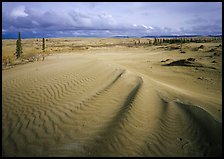 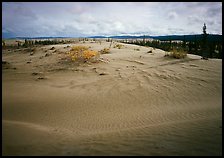 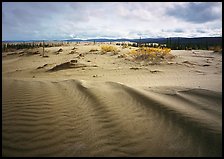 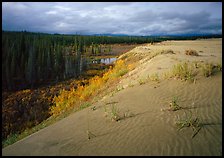 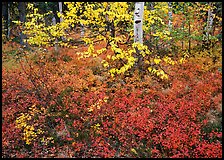 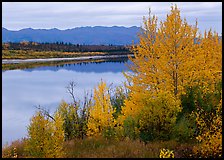 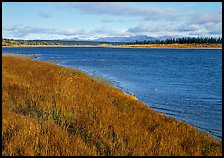 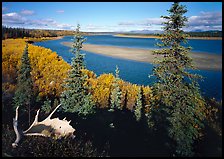 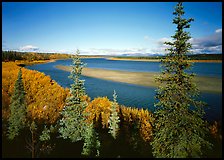 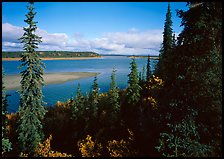 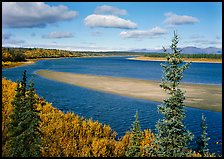 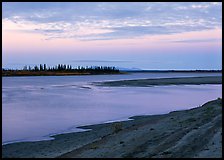 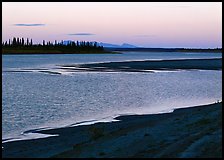 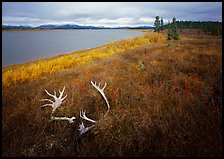 All text and photos © QT Luong. See conditions for use of images.
All the 75 color pictures of Kobuk Valley National Park are on this page