Denali, a half-day drive north of Anchorage, preserves the heart of the Alaska range. It is a park which contains an extraordinary variety of wildlife, in its vast tundra and taiga expenses, more than any other in the United States. Its main feature, however, is Mount McKinley (20320 feet, 6200m) the highest mountain in North America, and its satellite peaks, which are magnificent mountains on their own, but are here dwarfed by the big mountain.

Altitude is not everything: the vertical relief of the mountain is 18000 feet (5500 meters), and its latitude, just a few hundreds miles below the artic circle can bring some of the coldest weather anywhere, especially during the fierce Alaskan storms, when winds rage over 100mph and temperatures drop -40. For those reason, climbing Mt McKinley combines the challenges of a high-altitude climb with those of a polar expedition. Each year, about a thousand climbers seek to reach the summit, the vast majority of them through the technically easy West Buttress route, and about half of them succeed. In the spring of 1993, I set out to traverse the summit solo by ascending the technical West Rib. Thanks to favorable weather conditions, I was able to reach my goal in a total of 18 days. See pictures of the expedition. I returned to the Park in 2000 to admire the summit from the tundra. The access is made easier by a shuttle system which let you reach the heart of the Park, while eliminating private automobile trafic. 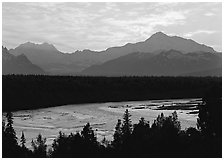 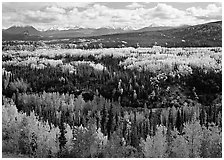 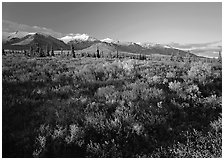 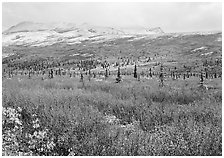 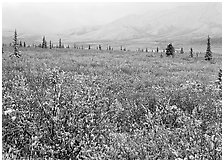 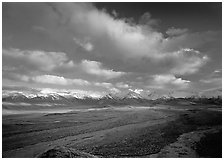 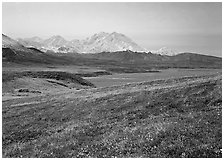 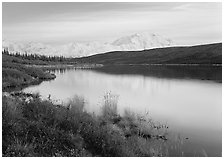