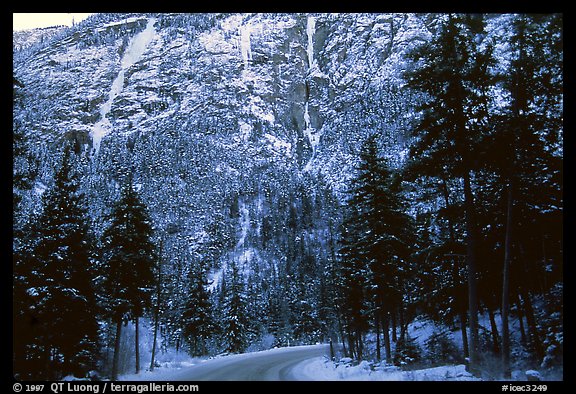 Bridge River area, near Lilloet. The line on the left is The Gift, one of the harder additions to the area, first climbed during Christmas 95. The line on the right, even more obvious and dramatic (but clearly not as fat) was revealed to me by Eric Hirst through e-mail. Lilloet, British Columbia, Canada