Dry Tortugas National Park, 70 miles of Key West, Florida, is mostly an underwater park with seven diminutive islets, some of which no more than sand banks, some important wildlife sanctuaries, and one home to a massive and unlikely historical structure.

The name "Tortugas" was given by explorer Ponce de Leon in 1513 for the abundance of sea turtles ( the endangered green sea turtle and the threatened loggerhead turtle are still found) while "Dry" refers to the absence of available freshwater. A long-time pirate hide-out, the place was chosen by the US Navy as the "Gibraltar of the Gulf", a strategic location to control shipping from the Gulf of Mexico to the Atlantic Ocean. Despite formidable logistical challenges, Fort Jefferson, the largest brick structure in the Western Hemisphere, was built on Garden Key using 16 million hand-made bricks. However, by the time the fort was nearly finished, advances in artillery had rendered it obsolete, so its use was mostly as a civil war prison, holding 2500 prisoners and four men convicted of complicity in the assassination of President Lincoln.

These men left account of how desolate and boring the place was, but today's visitors enjoy the peace of an isolated island lost between sky and water, some of the most pristine coral reefs in the United States, and a rich wildlife. The islets, only 40 acres of sand, are surrounded by 67000 acres of the most varied underwater coral reefs in the United States, at the convergence of the Atlantic, Guff, and Caribbean ecosystems. The warm and clear waters are teaming with live coral, and tropical fish. Bush key is the only regular nesting place in the Western Hemisphere for 100000 sooty terns, during the only time that they don't spend in continous flight, while Long key is the home of magnificent frigate bird that soar with 7-foot wingspan. 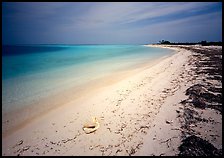 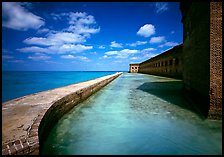 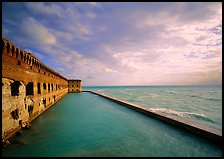 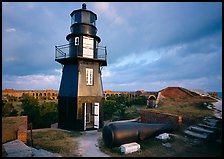 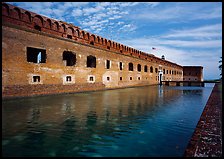 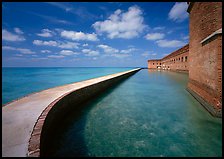 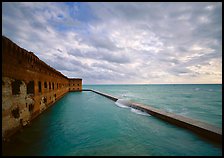 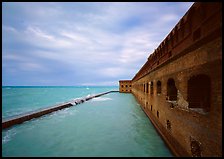 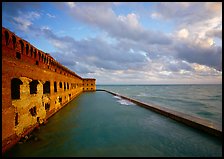 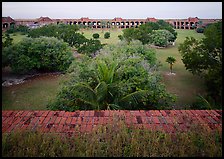 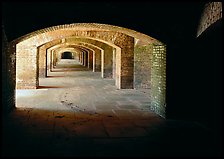 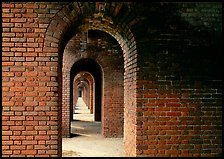 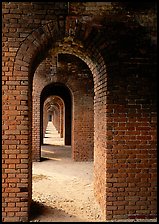 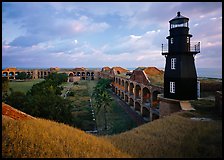 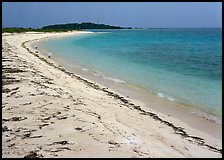 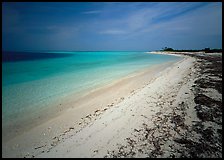 All text and photos © QT Luong. See conditions for use of images.
All the 233 color pictures of Dry Tortugas National Park are on this page