The Olgas are an ensemble of rounded domes about 30km west of Uluru/Ayers Rock, which are actually taller than Uluro/Ayers Rock, and equally fascinating. Called Kata Tjuta, by them, they form form part of the traditional belief system of one of the oldest human societies in the world, the Anangu Aboriginal people. The Olgas are part of Uluru-Kata Tjuta National Park, a UNESCO World Heritage Site that also includes Uluru/Ayers Rock. 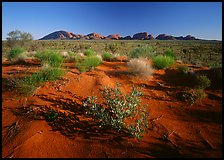 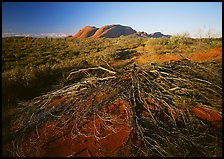 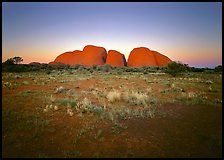 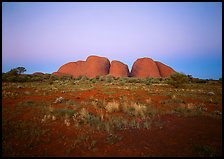 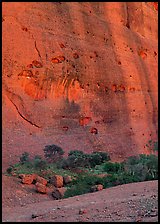 All text and photos © QT Luong. See conditions for use of images.
There are 19 color pictures of Olgas (Kata Tjuta) on this page