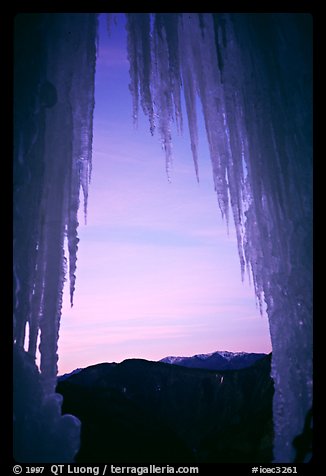 The route had apparently stirred the interest of a number of locals, but no one had had the nerve and persistence to make a serious attempt. On the second attempt, the route appeared even less in, in contrast with the nearby Gift , still fat with ice. This was the last opportunity of the season. Starting to climb at 8am, we had managed to snatch the route from the gods who guard improbable ascents. Like thieves, we had finished under cover of darkness. But as if those gods had summoned the police, a witness mistakenly thought we were in trouble, and Mounties arrived on the scene at the end of an almost 24 hour day of effort. The new route, put up by a pair of transplanted Californians, is called The Theft, V 6R.. Lilloet, British Columbia, Canada