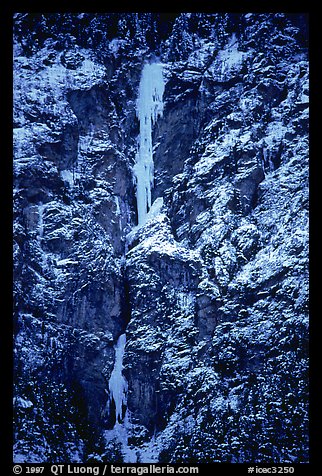 This line has two parts quite distinct in character: the first includes a pitch whose base looked very sketchy from the road, and the chimney, of which the inside was not visible. The second is the partially free-standing huge column, which is visibly very steep, sustained, and complex. Lilloet, British Columbia, Canada