Mono Lake, the oldest lake in North America, used to lose its water only by evaporation, becoming in the process alkaline and hyper-saline, like the Dead Sea in Israel. In order to provide water for growing Los Angeles, water was diverted from the Owens River and then from the tributaries that fed Mono Lake. This caused its level to fall, exposing once submerged tufa towers (a rough, thick, rock-like calcium carbonate deposit that precipitates from calcium-bearing spring water in an alkaline lake rich in carbonates) that are the most spectacular feature of the Lake. 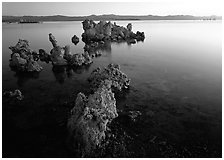 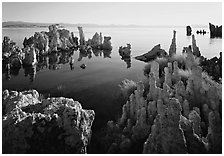 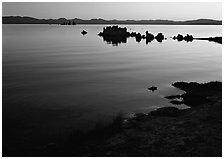 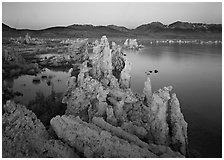 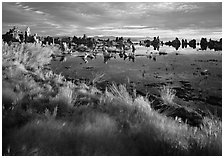 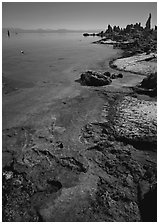 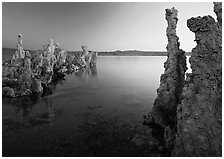 All text and photos © QT Luong. See conditions for use of images.
All the 37 black and white pictures of Mono Lake are on this page